“How can a single call save your business?” by Megan Murphy

“Thank you for getting to that so quickly!” Darren typed into his phone. The text was to be sent to his new executive assistant, who took on some of the tasks that had overwhelmed Darren over the past month. He had no choice but to lay off nearly half of the staff at his marketing firm. In plenty of ways she had helped save his business!

It had taken Darren ten years to build that firm to the size it was, then the pandemic hit, and subsequently, the inflation hit. His once well-oiled machine of a firm was now barely moving at all with the skeleton crew he could afford.

It took two years to undo what had been built in ten. But, it only took a friendly lunch to fix his problem for good.

Darren’s best friend since college, Ryan, was also in marketing and also in the same boat. Due to economic changes, Ryan’s firm reduced its staff by 60% over the past two years. So, when Darren had lunch with Ryan last week, he brought up the struggles of working with about half of the staff he had before. Ryan was understanding and thankfully told Darren about the benefits of working with an executive virtual assistant.

“I wouldn’t have made it through without my EA,” Ryan admitted rather quickly after a bite of his salad. “She’s easily the best investment I’ve made in my business in years.”

“Why do you like her so much?” Darren asked, more interested in Ryan’s answer than his sandwich.

“Well, for starters, the fact that she works remotely has saved me quite a bit of money; I no longer need to pay for someone to be in the office or supply her with office supplies. There are no surprise vacations or PTO. She works around her own schedule and my deadlines.”

Ryan nods at Darren’s look of shock. He had felt the same when he was introduced to his EA.

“I check in with her twice a week via email or text, and she lets me know that everything is going according to plan or what needs to change. Everything I need her to do is stored in a project management app, and all of the resources she needs from me are stored in a spreadsheet. It’s so much easier than having to train someone and have the back and forth through email or pop-in meetings!” Ryan says, stabbing another forkful of salad.

Darren can’t help but notice how absolutely at peace Ryan is! Darren hadn’t felt carefree like that in months.

“I gotta get myself an EA. You look so relaxed.” Darren sighs.

“I am. No more working extra hours, weekends, or skipping out on time with my kids. No more answering emails in bed. No more wondering if I can afford to take a single afternoon off. Here…” Ryan explains, scribbling down a website on his napkin. “Save your business and your personal life. Here. Their onboarding process is so easy, too.”

Darren glances at the napkin Ryan has written on and reads with renewed hope:

Schedule your own call to discover how EVA can help you feel more like Ryan and Darren! 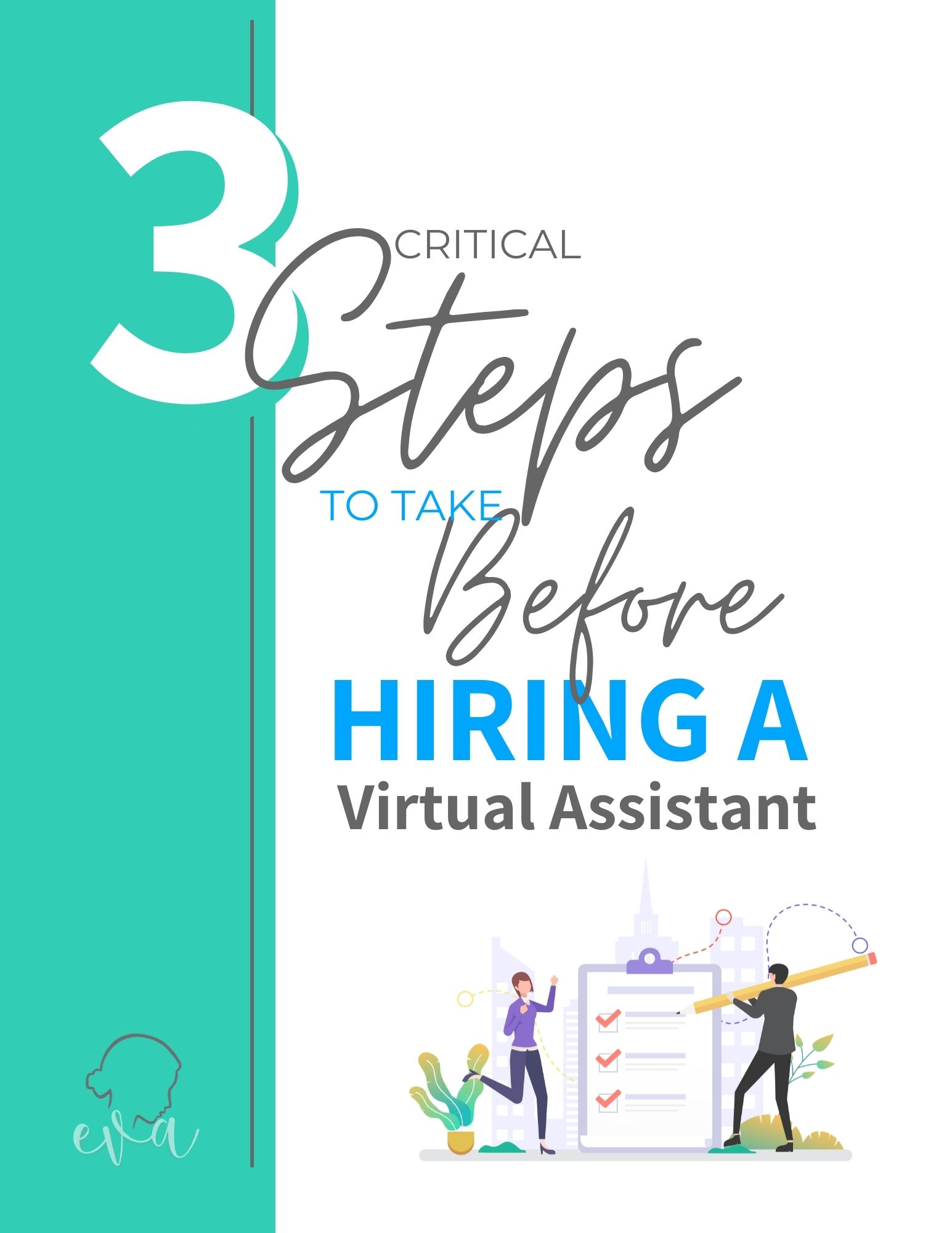